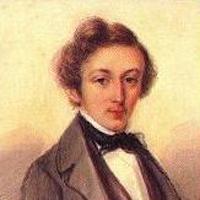 Born in Deptford in east London, Mackenzie moved at an early age to Vienna with his parents. He continued his education there becoming a talented linguist before returning and working as a translator mainly of German. Over time his work began to include German folk tales and eventually stories that referred to Cornelius Agrippa and Johannes Trithemius. In 1861, as many of his age did a century later, he travelled in search of a guru to learn of the meaning of things. His meeting with Eliphas Levi Zahed in that year transformed his life, not because of Levi of whom he was unimpressed, but because he became entranced by hermeticism and esotericism in all their forms.

Eventually in March 1870 he was initiated into Freemasonry and resigned in January 1871, only to qualify for membership of the S.R.I.A., and began a journey into masonic fringe orders which became an abiding enthusiasm for the rest of his life. He was admitted a member of the Metropolitan College on 17 October 1872 and appointed Assistant Secretary General from 1874-75. However, his great contribution were the papers he contributed to the Metropolitan College and, succeeding Wentworth Little, as editor and main contributor to The Rosicrucian.

He also helped edit The Kneph magazine 1881–1895, which was the official mouthpiece of John Yarker’s Ancient and Primitive Rite that Mackenzie joined on 13 February 1876. Mackenzie was also involved with Fredrick Holland’s Society of Eight 1881–1885 and the original Sat Bhai. Mackenzie tried to help Dr R S Brown (Secretary General of the S.R.I.S.) with the ritual notes written by Captain James Henry Lawrence Archer (1823 - 1889) while he was in Scotland.

His most enduring work is the Royal Masonic Cyclopaedia with many esoteric and Rosicrucian entries. There was a prospectus in August 1875, but Mackenzie was still working on the last corrections early in 1877.

After his death in 1886 his widow passed some Swedenborg Rite papers and related documents to Westcott. Some have speculated erroneously that these were the Cipher Manuscripts containing the alleged outline of the rituals of the Hermetic Order of the Golden Dawn.

Perhaps Mackenzie can be understood by stepping outside the narrow and claustrophobic world of Victorian occultism. He was an active member of the Society of Antiquaries, one of several societies that formed part of a movement promoting a wider appreciation of history than the rigidly classical curriculum taught at the Universities of Oxford and Cambridge. The Antiquaries collected Celtic, Anglo Saxon, and pagan artifacts and preserved folk tales, catholic ritual, songs, and poetry. This movement reached its apotheosis in the revival of gothic art and architecture. However, this wasn’t a revival or rebuilding in an ancient style it was the creation of gothic as the Victorians thought it should be. Its authenticity was in its spiritual, moral, and artistic effect. Mackenzie would also have known of Thomas Carlye’s novel Sartor Resartus which purports to be a commentary on an obscure German philosopher but is in fact an invented parody.

We learn from culture and literature that art, particularly literature, can change what we know of the past; indeed can alter the past itself and, by doing so, determines the future.