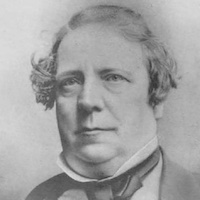 Born in Hoxton, at the age of 16 Hockley joined the staff of John Denley and worked for 15 years as a copyist, transcriber, and illustrator of hermetic and esoteric manuscripts. He later became an accountant for a legal firm in Gray’s Inn, London, a career he followed for the rest of his life. He was a skilled astrologer and crystal-gazer, and an early enthusiast of Spiritualism.

Through Spiritualism he met F.G. Irwin who arranged for his initiation into Freemasonry on the 21 March 1864 in the British Lodge No. 8. He had little enthusiasm for side orders apart from the Holy Royal Arch into which he was exalted in 1865. Irwin persuaded Hockley to join our Society and enrolled him into the Bristol College in the latter half of 1871, making him a Grade VII Adeptus Exemptus by post without the benefit of the appropriate ceremonies. Hockley never attended a meeting of the Bristol College.

Mackenzie recommended him as a member of the Metropolitan College which he joined in 1875.  Though he rarely attended meetings of the College he was involved with many of its members. His most important act was to exhibit at a meeting his secretaries 1838 transcription of Dr. Sigismund Bacstrom admission into the 'Society of Rosa Crucis’ in 1794.  Perhaps one of the most important Rosicrucian documents of the eighteenth century.

Given that Hockley never took a grade ceremony and barely attended meetings of our College why is he included in this exclusive collection? Perhaps because as we look to those who founded our College, they looked to him as the last living link to the hermetic world of the Georgian era.

He maintained an extensive, almost unique collection of manuscripts that he had copied when working at Denley’s, which included documents available nowhere else, and which were highly sought after. Indeed, his copy of a letter written by Bacstrom was bought by Pierre Dujols in 1913 and then passed to Jean Julian Champagne, the illustrator of Fulcanelli’s books. That letter remained unpublished until 2016.

Hockley also had a considerable reputation as an astrologer and crystal-gazer which would have attracted the respect and admiration of a Society of largely literary occultists who sought true initiation. He was also a guide and mentor to our fratres with whom shared his knowledge and experience with all those who sought it, leading them through the inevitable tests that face us all.

Hockley had a particularly close relationship with Mackenzie, and was universally admired and respected as one of the greatest occultists of his day. When he died, in November 1885, he was profoundly mourned. He is usually referred to as 'the eminent spiritualist' or 'the eminent occultist'; and Irwin and others regard him with a sort of reverential awe, as disciples might regard a prophet and more than a prophet.

Everyone who joins our College shares something of themselves with us as we accept the consequence of their actions whilst a member. That we still retain something of Hockley even now is of considerable value to our College.