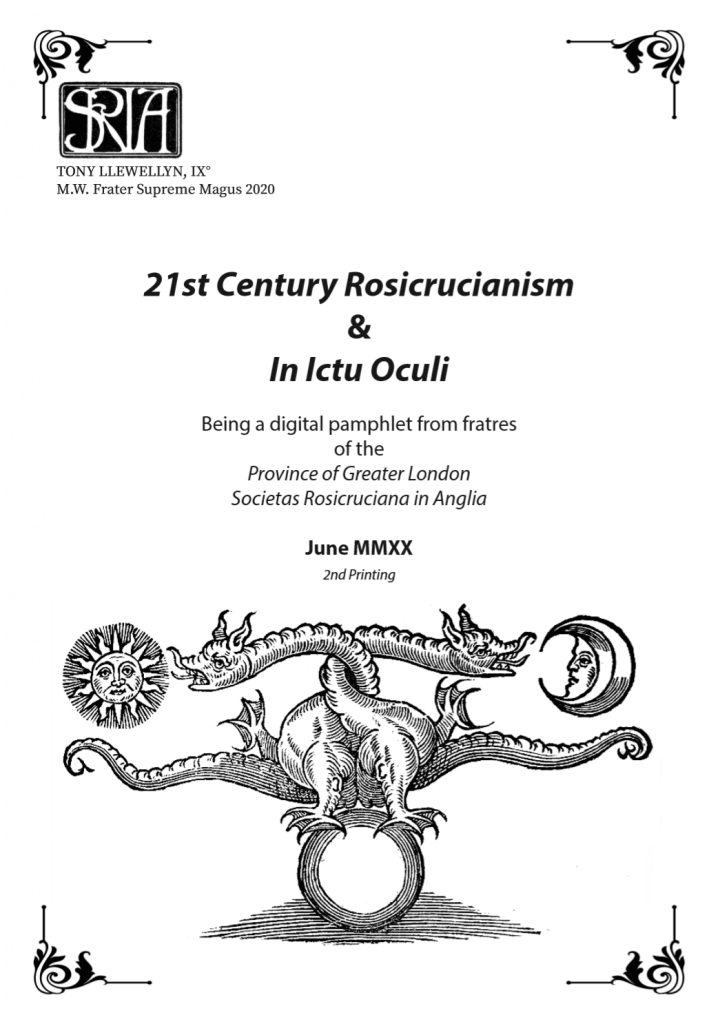 Introducing our new initiative to produce Rosicrucian pamphlets that speak into the context and needs of our times, this first pamphlet was released at an important moment of global crisis and transition.

The opening essay 21st Century Rosicrucianism by Frater Robert Gordon begins an exploration of how we can relate to Rosicrucianism as a living tradition. One that directly engages with issues of scientific progress, technological advancement and the need to strengthen our notion of truth in the public sphere.

In Ictu Oculi by Frater Stephen Goulder looks at a modern understanding of astrological movements and their influence, particularly the epoch-defining Grand Conjunction of Saturn and Jupiter and how that will begin to manifest tangibly in our world.

Given all that has occurred since its original publication in June 2020, this first biannual pamphlet is a call that highlights how our modern times requires an assertive response from all those seeking to build spiritual unity and harness the collective goodwill of humanity.